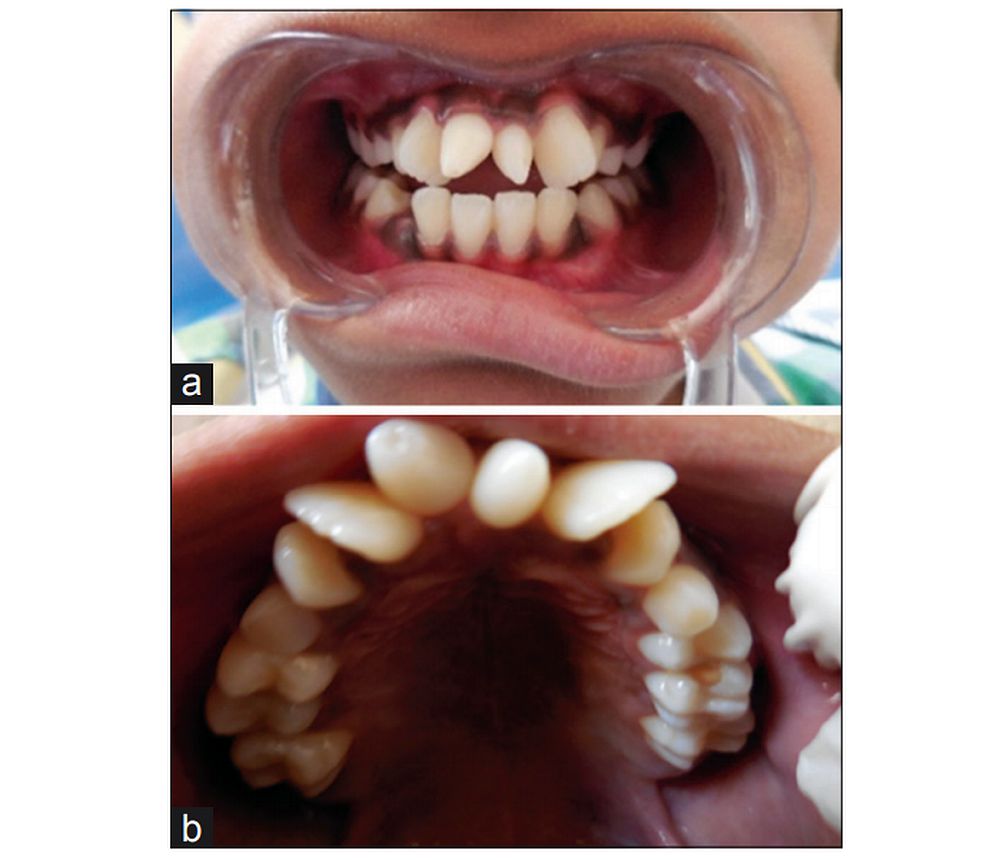 Supernumerary teeth are a relatively common developmental anomaly, characterized by the presence of extra teeth in comparison to the normal dentition.

Mesiodens is the most common supernumerary in the midline, located in the premaxilla between the two central incisors.

Mesiodentes is a rare condition when mesiodens erupt in multiples. The etiology behind its occurrence is obscure and diverse, but the most accepted theory is the hyperactivity of the dental lamina.


The prevalence varies from 0.15% to 1.9%, it shows a male predilection and is more common in permanent dentition than in primary dentition.

Mesiodens may be eumorphic (resembling natural teeth) or dysmorphic (conical, tuberculate, or molariform), single or multiple, impacted or erupted and at times even inverted, placed labially, palatally or in between the maxillary central incisors, isolated or associated with syndromes.

Complications associated with the presence of mesiodens may include impaction or delayed eruption of permanent teeth, malocclusion leading to disturbance in chewing, swallowing and speech, impaired dentofacial aesthetics, and sometimes cyst formation.

Diagnosis is usually done by clinical and radiological examination. To avoid future complication, early extraction is the treatment of choice.