Tongue-Tie Surgery For Infants May Be Overused - OdontoBebé

Tongue-Tie Surgery For Infants May Be Overused 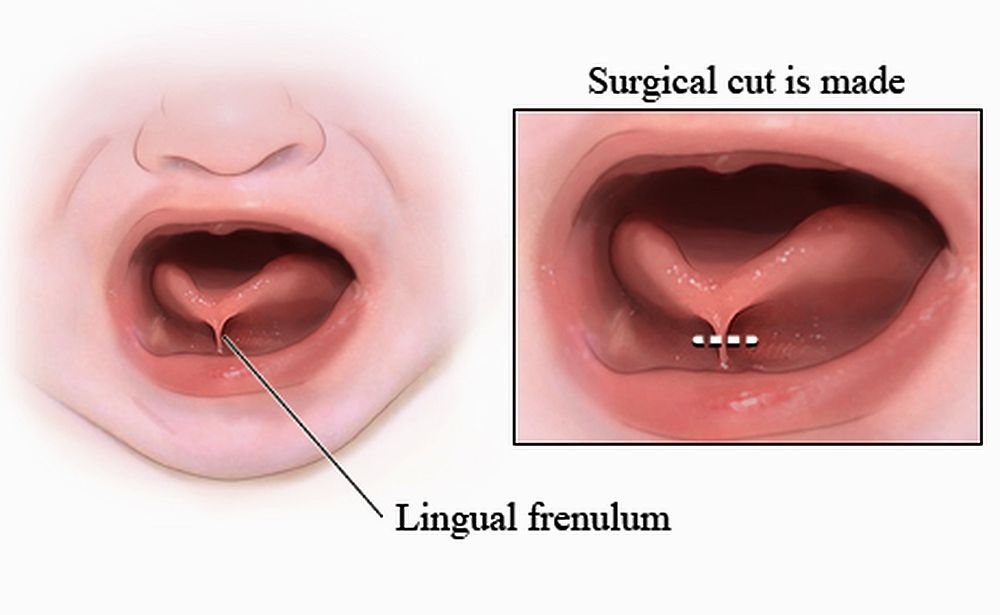 The little band of tissue under the tongue, known as the lingual frenulum, has become a source of heated discussions, and even angry arguments, in social media settings, parent groups, and in physician and dental circles.

And more recently, this debate now includes the band of tissue in the center of the inner upper lip, known as the lip (or labial) frenulum.

While the debate is relatively new, the diagnosis and treatment are not.


Assessment and treatment of tongue tie, known as ankyloglossia, dates back centuries, as tethering of this tissue can interfere with latching for breastfeeding, as well as the infant’s ability to maintain a latch and feed adequately.

The procedure to divide this band, known as tongue tie release, frenectomy, frenulotomy and frenuloplasty, date back centuries as well.

In recent decades, formula feeding and pumped breast milk administered to newborns and infants with bottles became increasingly utilized, and the evaluation and treatment of tongue tie in newborns fell a bit to the wayside.

But many women are motivated to breastfeed, but become rightly frustrated in the early days and weeks postpartum, suffering from nipple pain, difficulty getting a newborn to remain latched for a feed, and soon developing concerns about infant growth due to insufficient feeding.