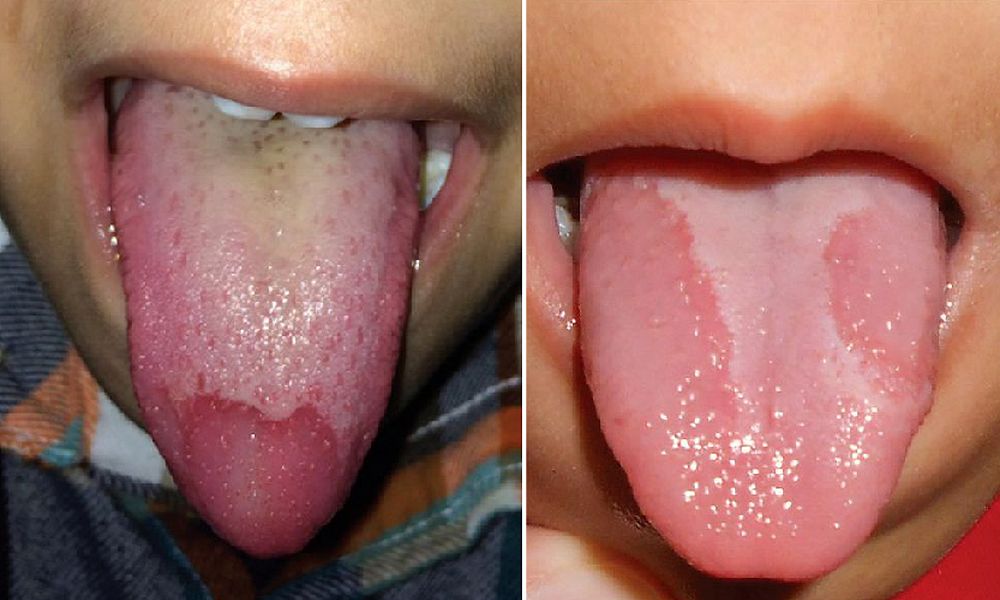 It is truly said that the tongue is a mirror of the body. Very often, the manifestations of diseases or systemic conditions of body are reflected on the tongue.

There are a variety of different lesions present on the tongue out of which geographic tongue (GT) is the second most common, but its frequency of occurrence in the pediatric population is very rare.

This condition is most commonly asymptomatic and is usually discovered on routine clinical examination. This case report describes symptomatic GT, an uncommon occurrence reported in the pediatric literature.


Introduction : Benign migratory glossitis was first reported as a wandering rash of the tongue, in 1831, by Rayer.

A number of synonyms are used in literature may refer to this condition such as geographic tongue (GT), erythema migrans, annulus migrans, wandering rash.

Sapiro and Shklar also called it as "stomatisis areta migrans." The term "migratory" is used to denote apparent migration due to simultaneous epithelial desquamation at one site and proliferation at another.