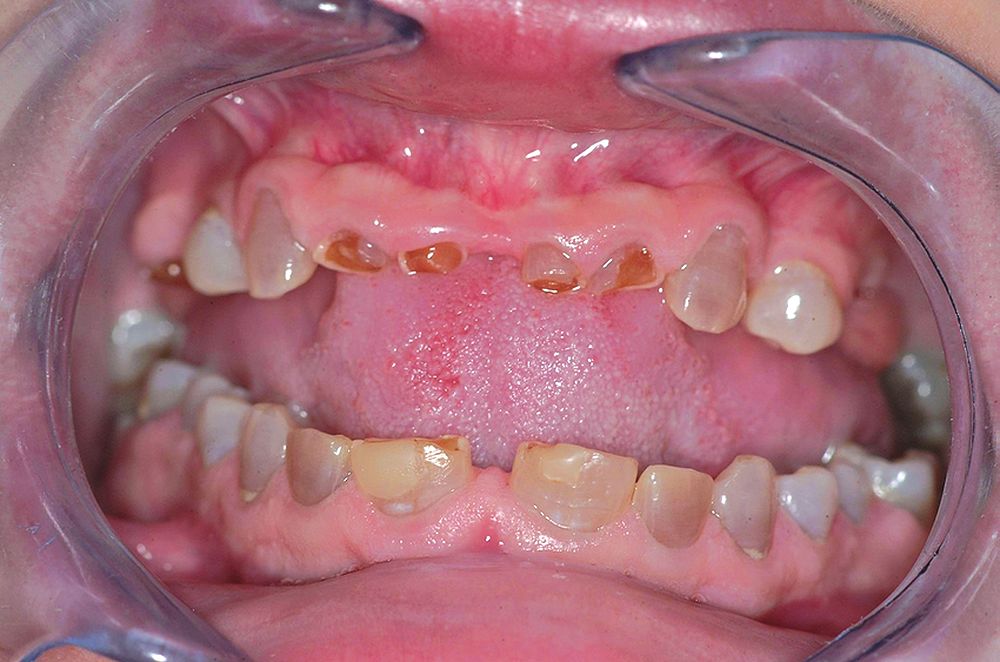 Dentinogenesis imperfecta (DI) is the result of a dominant genetic defect and affects both the deciduous and permanent dentitions.

It is characterized by opalescent teeth composed of irregularly formed and undemineralized dentin which obliterates pulp chamber and root canal.

DI can appear as a separate disorder or with osteogenesis imperfecta (OI).


The teeth with DI show a grayish-blue to brown hue with dislodged enamel, dysplastic dentine with irregular dentinal tubules and interglobular dentine, short roots and pulpal obliteration, which all may lead to rapid and extensive attrition which require adequate crown reconstruction.

The aim of this study was to show a reconstruction of frontal teeth in upper jaw with direct composite veneers in young adult patient with DI.

DI may be present as a single disorder or in association with osteogenesis imperfecta (OI).