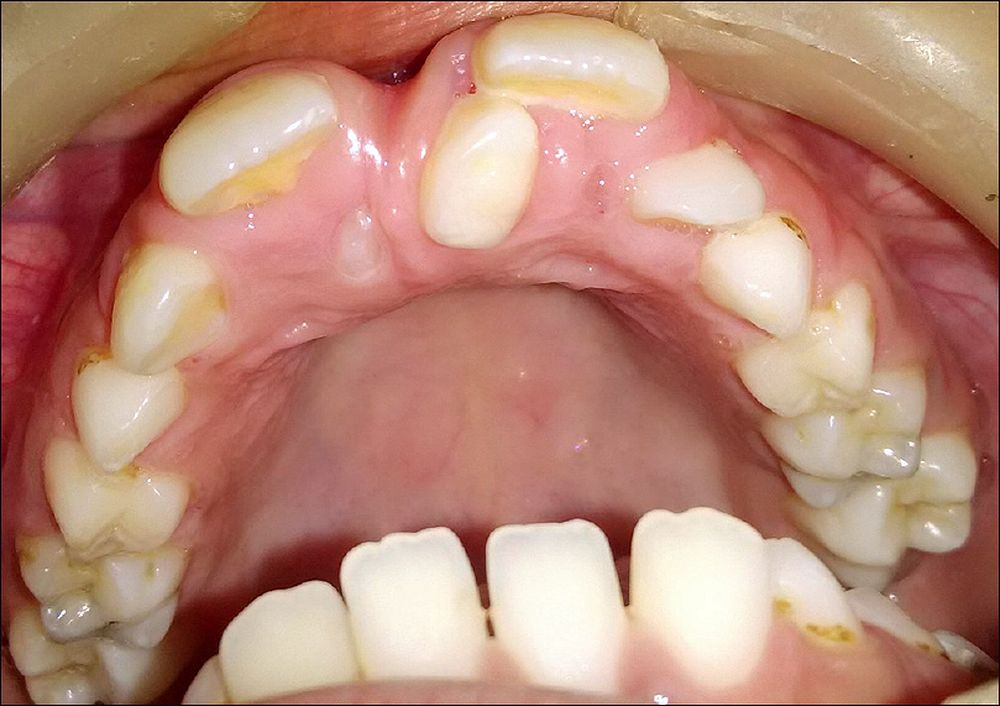 Mesiodens is a supernumerary tooth present in the midline of maxilla, between central incisors, occurring in 0.15%–1.9% of populations.

Mesiodens is the most commonly found supernumerary teeth on many occasions. Mesiodens is paired, single, unerupted, and sometimes impacted.

These mesiodens cause many complications, such as midline diastema, displacement, rotation, root resorption, unpleasing esthetics, and cyst formation.


In the present cases, mesiodens is found bilaterally in the anterior maxilla. In these cases, both mesiodens are prophylactically extracted to prevent its adverse effects on permanent dentition.

Introduction : A mesiodens is a supernumerary tooth located in the maxillary central incisor region; the overall prevalence of mesiodentes is between 0.15% and 1.9%.

Mesiodens can occur individually or as multiples (mesiodentes), may appear unilaterally or bilaterally, and often do not erupt. Mesiodentes can significantly alter both occlusion and appearance by altering the eruption path and the position of the permanent incisors.

Primosch classified supernumeraries into two types according to their shape: supplemental and rudimentary. Supplemental refers to supernumerary teeth of normal shape and size and may also be termed incisiform.