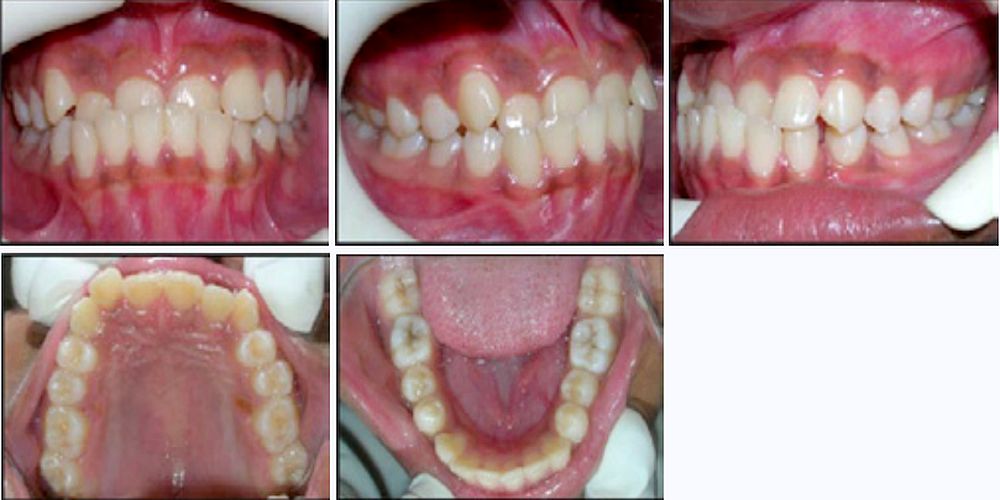 It can be due to maxillary retrognathism, mandibular prognathism or both. Reverse pull Headgear or Face Mask have been used for early maxillary protraction.

Face mask therapy has been shown to improve the skeletal relationship. The article presents a case report of the skeletal class III treated using a Face mask and Reverse Twin block appliance.


INTRODUCTION : The incidence of skeletal class III is rather small in the population but it is one of the most difficult malocclusion to treat.

In 1983 Henry Petit modified the Delaire mask by increasing the amount of force generated by the appliance. Present article shows a skeletal class III with anterior cross bite treated with face mask and a reverse twin block appliance.