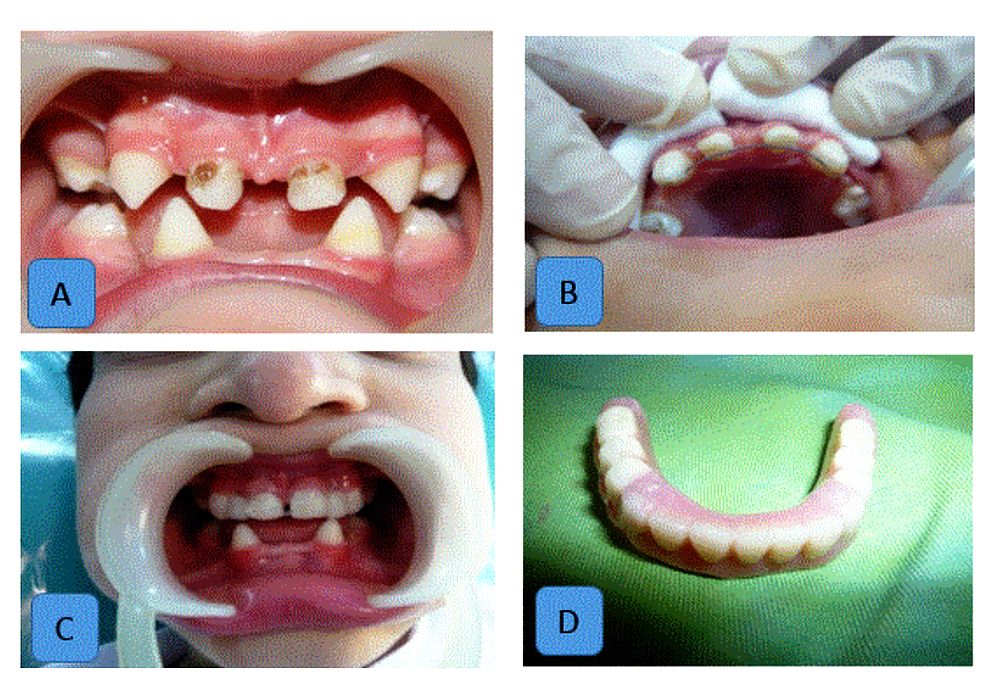 Sparse hair (Hypotrichosis), abnormal or missing teeth (hypodontia or oligodontia) and sweating disability (Anhydrosis or Hyphlydrosis) are the major signs of ED and minimum two of these features are necessary to confirm its diagnose.

ED incidence is reported to be approximately 1 in 100.000 live births and its mortality rate has been reported as high as 30% in infancy and early childhood due to intermittent hyperpyrexia.


There are two different forms of the disease: the 1st one, Clouston syndrome, has autosomal inheritance.

The second one, Christ-Siemens Syndrome (Hypohidrotic form), usually an X-linked recessive which is only expressed in males. Spontaneous gene mutation can also result in this condition.

ED got several clinical manifestation and facial abnormalities such as prominent forehead, saddle nose and thick lip, linear wise and hyper pigmentation around the eyes, hypoxemia or anodontia.

Reduced alveolar bone growth can be happen as a result of teeth absence which often has a narrow and concave lingual clinical appearance. Decreased function of lymphocyte and cellular immune hypo function is one of the symptoms in ED patient which may lead to infection.

One of the most important challenges in treating such patients is to achieve an improved appearance. Since the presence of teeth has a great influence on patients´s self-steam, such treatment is critically necessary to be well defined.