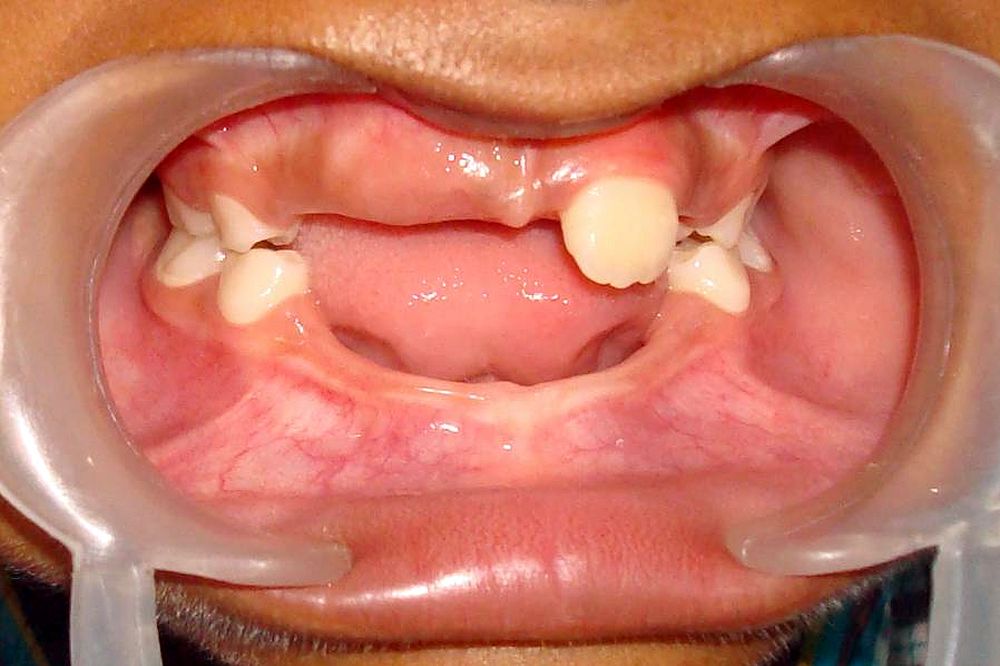 Early diagnosis, and comprehensive treatment planning with good coordination and timing of the individual treatment phases are decisive for a successful treatment outcome.


INTRODUCTION : Tooth agenesis is a common developmental anomaly that appears in 2.2-10% of the general population (excluding agenesis of third molars).

Oligodontia is a rare condition that can occur in association with genetic syndromes, or as a non-syndromic isolated familial trait, or as a sporadic finding. Although tooth agenesis is associated with more than 49 syndromes, several case reports describe nonsyndromic forms that are either sporadic or familial in nature, as reviewed by Gorlin et al.

The prevalence of non-syndromic Oligodontia in Danish school children has been reported to be 0.16%, a study conducted in Indore, India prevalence of Oligodontia was 0.36%. In addition to the loss of function and esthetic compromise, psychosocial development is an important concern in the oral rehabilitation of growing patients.