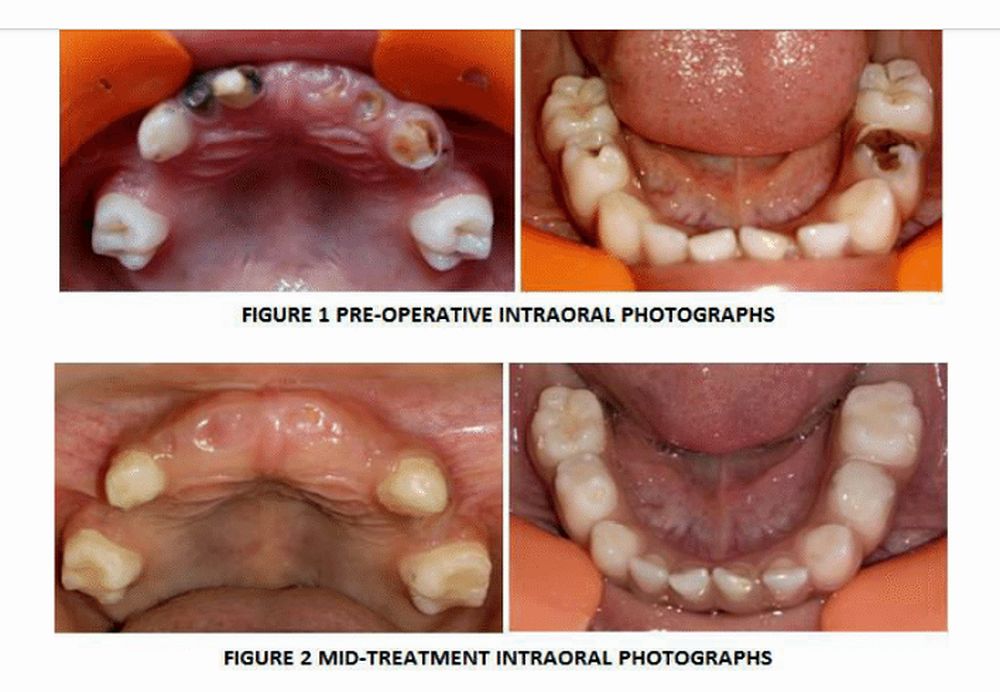 Esthetic rehabilitation and space maintenance of a young toddler with multiple tooth loss subsequent to early childhood caries is a major challenge for the pediatric dentist.

This case report describes the management of Severe ECC with a fixed functional space maintainer.


Introduction : Esthetic rehabilitation and space maintenance of a young child with multiple tooth loss subsequent to EEC is a major challenge and when associated with the bottle feeding habit, affects the primary maxillary anterior teeth first, followed by the involvement of the primary molars.

The extent of carious involvement in the maxillary incisors is almost always extreme, and by the time child reports to dentist, much of anterior clinical crowns are lost.

Case Report : A five year old boy reported to the Department of Pediatric and Preventive Dentistry, Bhojia Dental College and Hospital with chief complaint of decayed upper front and lower back teeth.