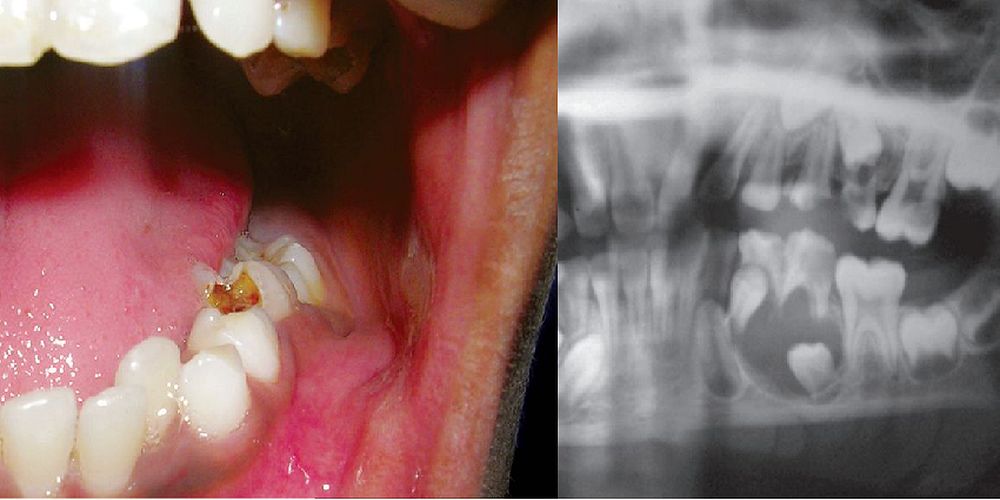 A dentigerous cyst encloses a crown of an unerupted tooth by its follicle and is attached to the neck of the tooth.

They may be of developmental or inflammatory origin.

Dentigerous cyst of inflammatory origin occurs in immature tooth as a result of inflammation from preceding non-vital deciduous tooth or from other source spreading to involve the tooth follicle.


These are diagnosed in the first and early part of second decade either on routine radiographic examination or when patient complains of swelling and pain.

This article presents a case report of an 11-year-old male patient with a dentigerous cyst of inflammatory origin in the left mandibular premolar region with radiographic feature of a large unilocular radiolucency involving unerupted second premolar.