Dentigerous Cyst: A Case Report in a 5 Year Old Child 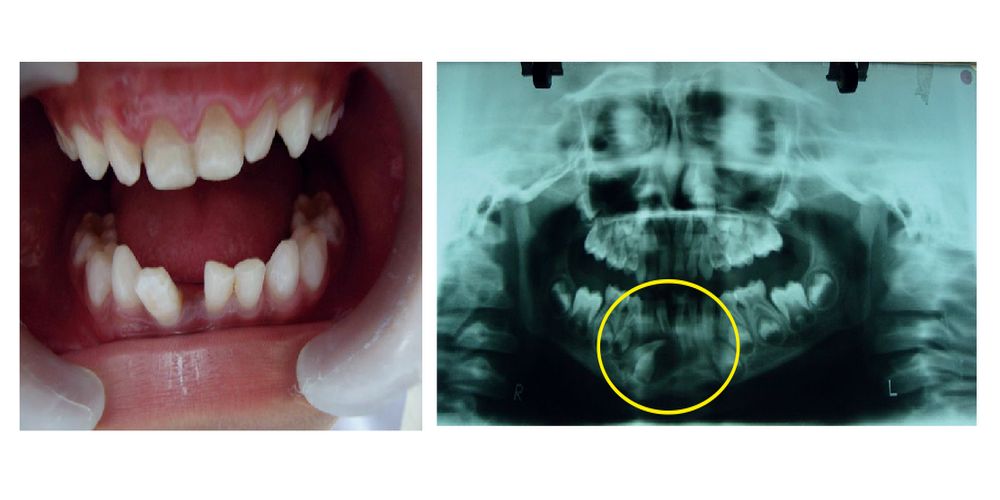 A dentigerous cyst is a developmental cyst of odontogenic origin which develops around the fully-formed crown of an unerupted tooth.

These are discovered on routine radiographs, when a tooth has failed to erupt, a tooth is missing, teeth are tilted or are out of alignment.


Radiographically, it is very difficult to differentiate between a normal enlarged pericoronal space and a cyst; if the width of this space has reached more than 2.5mm [and has an irregular outline] it is probably a dentigerous cyst.

They are the most aggressive of the cysts due to greater tendency than other jaw cysts to produce root resorption of adjacent teeth. Histologically, it is composed of a thin connective tissue wall with a thin layer of stratified squamous epithelium lining.