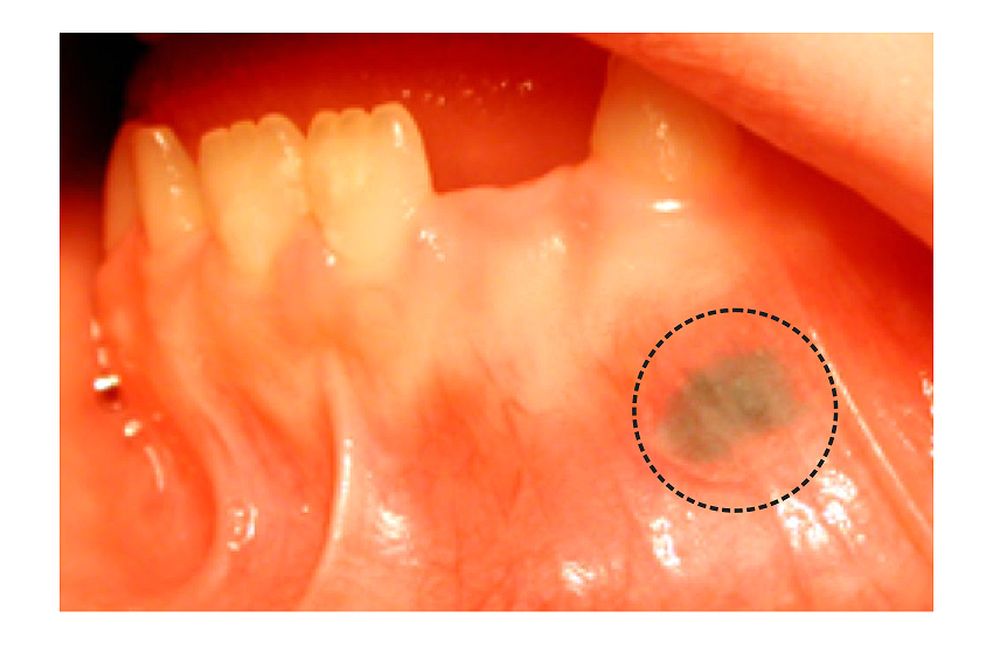 In September 2008, a 5-year-old child was referred to our department for evaluation of a lesion on the mandibular mucosa that had been increasing in size over 3 months.

The lesion failed to respond to the blanching test. There was no other unusual pigmentation on the oral mucosa or the lips, and no pathologic changes were visible on periapical radiographs of the involved mandibular region.


An excisional biopsy was performed to remove the lesion completely and analyze it.

A full mucoperiosteal flap was raised, revealing an abundance of granulation tissue and residues of solid black granules.

There were no cellular atypia to suggest melanoma.