ORTHODONTIC : Malocclusion in Down syndrome - a review - OdontoBebé

ORTHODONTIC : Malocclusion in Down syndrome - a review 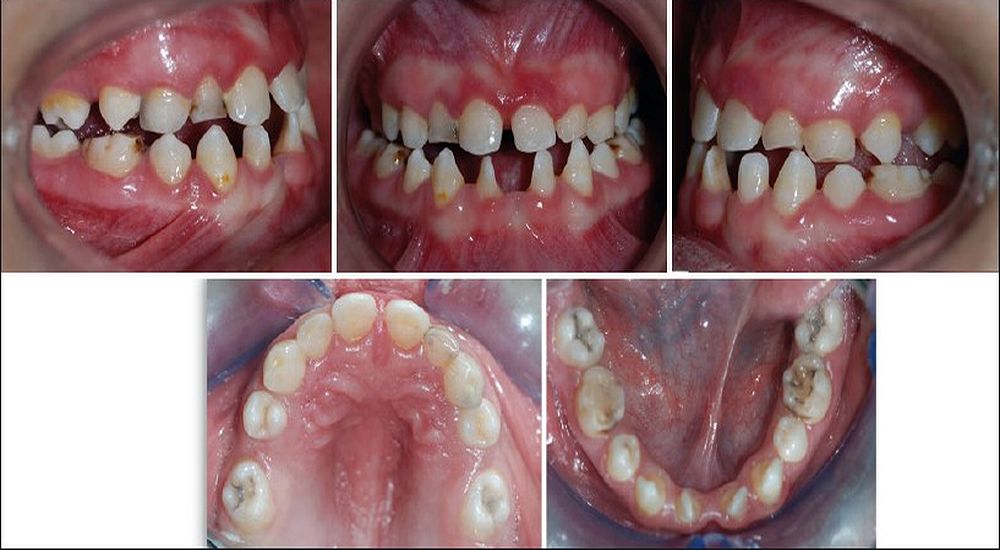 Down syndrome or Trisomy 21 is a genetic disorder, which results in intellectual impairment, typical craniofacial features and a wide spectrum of phenotypic abnormalities.

Characteristic features of midface hypoplasia in Down syndrome include smaller maxilla, presence of 'stair' palate and severe malocclusion.


By familiarising themselves with these features, general dental professionals, paediatric dentists and orthodontists can plan a varied combination of treatment modalities to prevent and correct occlusal anomalies.

Referred to by various names as, 'trisomy 21' or 'trisomy G', Down syndrome is a genetic disorder caused by the presence of all or part of a third copy of chromosome 21.

In fact, it is the most common and well known of all human malformation syndromes, characterized by central growth deficiency, which is evidenced by delayed physical and mental development.