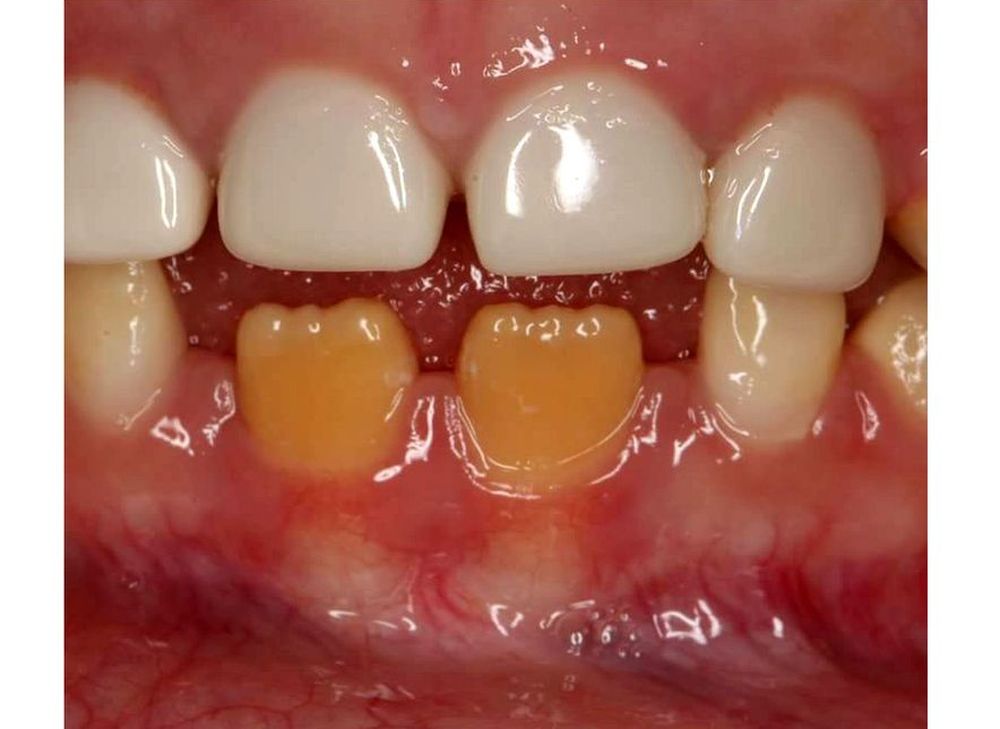 Discoloration of the tooth can erode the sparkle from a smile.

There are many factors that contribute to tooth staining.

It is important to understand that in some cases staining can be prevented but in others it cannot.

Alkaptonuria: This inborn error of metabolism results in incomplete metabolism of tyrosine and phenylalanine. This affects the permanent dentition by causing a brown discoloration.

Congenital erythropoietic porphyria: This is a rare, recessive, autosomal, metabolic disorder in which there is an error in porphyrin metabolism leading to the accumulation of porphyrins in bone marrow, red blood cells, urine and teeth. A red-brown discoloration of the teeth is the result and the affected teeth show a red fluorescence under ultra-violet light.

Congenital hyperbilirubinaemia: The breakdown products of haemolysis will cause a yellow-green discoloration. Mild neonatal jaundice is relatively common, but in rhesus incompatibility massive haemolysis will lead to deposition of bile pigments in the calcifying dental hard tissues, particularly at the neonatal line.

Amelogenesis imperfect : In this hereditary condition, enamel formation is disturbed with regard to mineralization or matrix formation and is classified accordingly. There are 14 different subtypes; the majority is inherited as an autosomal dominant or x-linked trait with varying degrees of expressivity. The appearance varies from the relatively mild hypomature ‘snow-capped’ enamel to the more severe hereditary hypoplasia with thin, hard enamel which has a yellow to yellow-brown appearance.

The teeth are usually bluish or brown in color, and demonstrate opalescence on transillumination. Once the dentine is exposed, teeth rapidly show brown discoloration, presumably by absorption of chromogens into the porous dentine.

In this condition, the teeth may be outwardly similar to both types I and II of Dentinogenesis imperfect. Radiographically, the teeth may take on the appearance of ‘shell teeth’ as dentine production ceases after the mantle layer has formed.