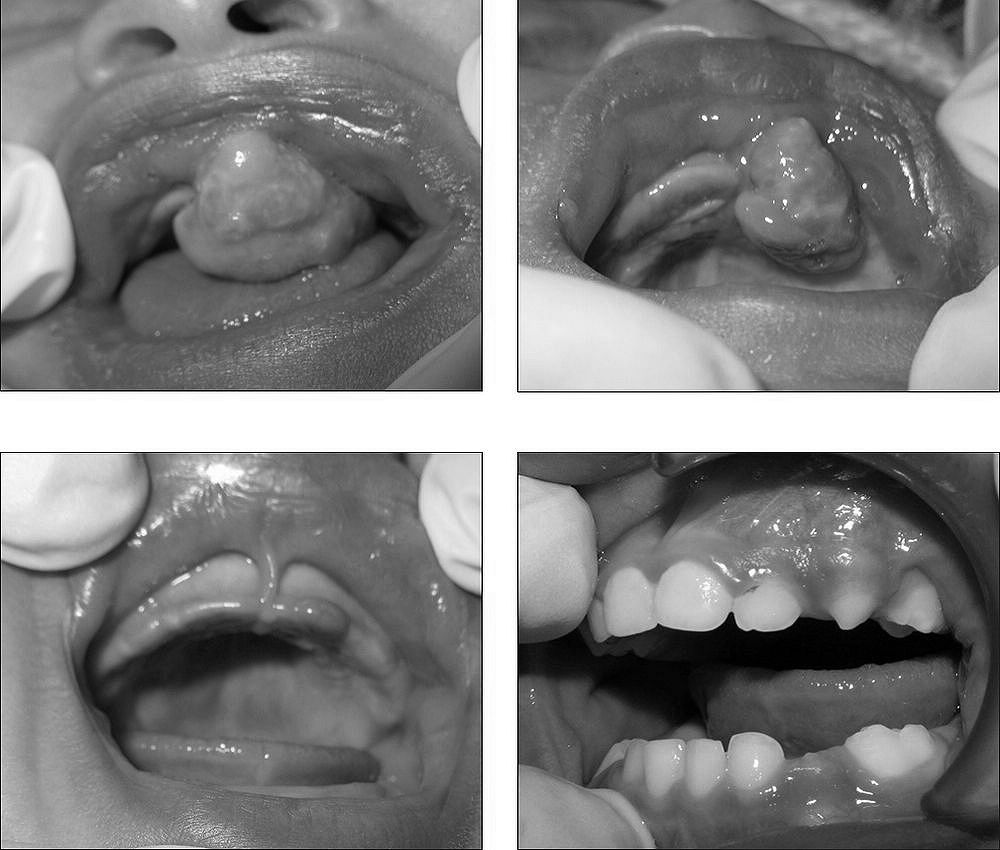 Congenital epulis is an uncommon benign lesion that affects the oral cavity of newborns, and presents histological features which are similar to those of granular cell tumor.

The origin of this lesion has not been fully elucidated, and many hypotheses are considered due to the large variety of cell types observed in histological sections.

Epulis development occurs further in the prenatal period, and is more common in newborn females, frequently in the maxilla.

This lesion usually is presentend as a nodule covered by normal oral mucosa, which in some cases, interferes with baby's breathing and feeding.

This report describes the case of a two-month-old male baby who presented a pedunculated intraoral lesion in the mandibular alveolar ridge.

A few days after initial exam, the lesion detached from alveolar ridge, and healed spontaneously.