What Are The Normal Ages For Teeth Falling Out? - OdontoBebé

Home Odontobebé Odontopediatría Oral health Oral Hygiene Videos of dentistry What Are The Normal Ages For Teeth Falling Out?

What Are The Normal Ages For Teeth Falling Out? 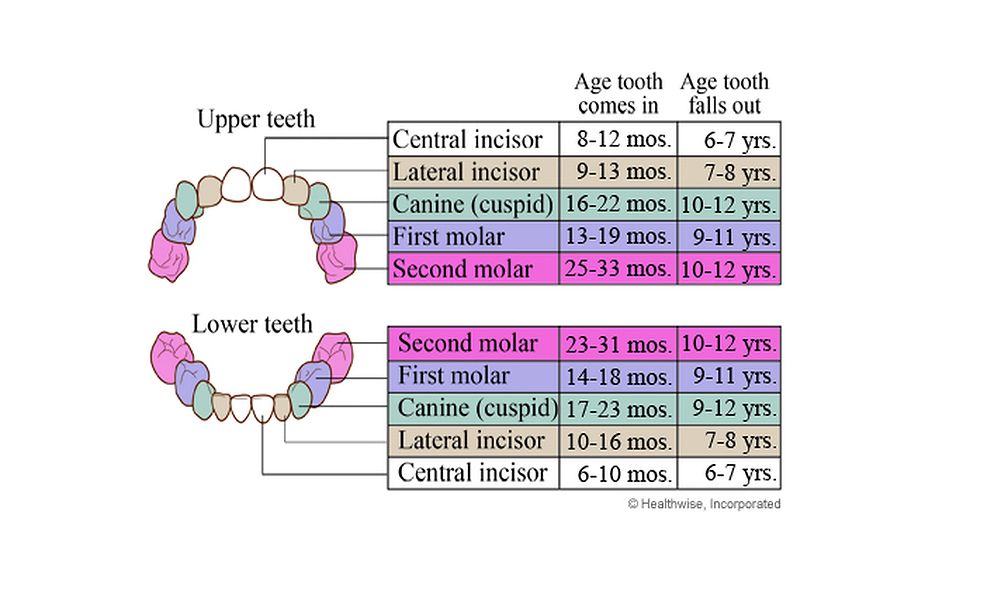 Many parents worry that their children’s teeth are not falling out on time. At what age should the first baby tooth be lost?

When should the last one fall out? Is there a predictable order?

The first baby teeth (also known as primary teeth) to come in are usually the lower central incisors around the age of six months.

The last baby teeth to show up are the upper second primary molars, and they appear between 30 and 36 months of age.


There are normally 20 baby teeth by the time a child reaches age 3. These primary teeth then remain unchanged for about three years.

Not much happens to the baby teeth between 3 and 6 years of age. Between 6 and 8 years however, there is a flurry of activity as kids normally lose eight primary teeth in rapid succession.

► Read Also: The Importance of Oral Health during Pregnancy

Between age 8 and age 10 there is another two-year pause that catches many parents by surprise since they have become accustomed to teeth being lost left and right.

Although there are always exceptions, there is a basic sequence for the loss of the baby teeth. The upper and lower front four teeth are usually lost between the ages of 6 and 8. This typically begins around age 6 with the lower central incisors followed by the upper central incisors.