PERIODONTICS : Generalized Aggressive Periodontitis in Preschoolers: Report of a case in a 3-1/2 Year Old - OdontoBebé

PERIODONTICS : Generalized Aggressive Periodontitis in Preschoolers: Report of a case in a 3-1/2 Year Old 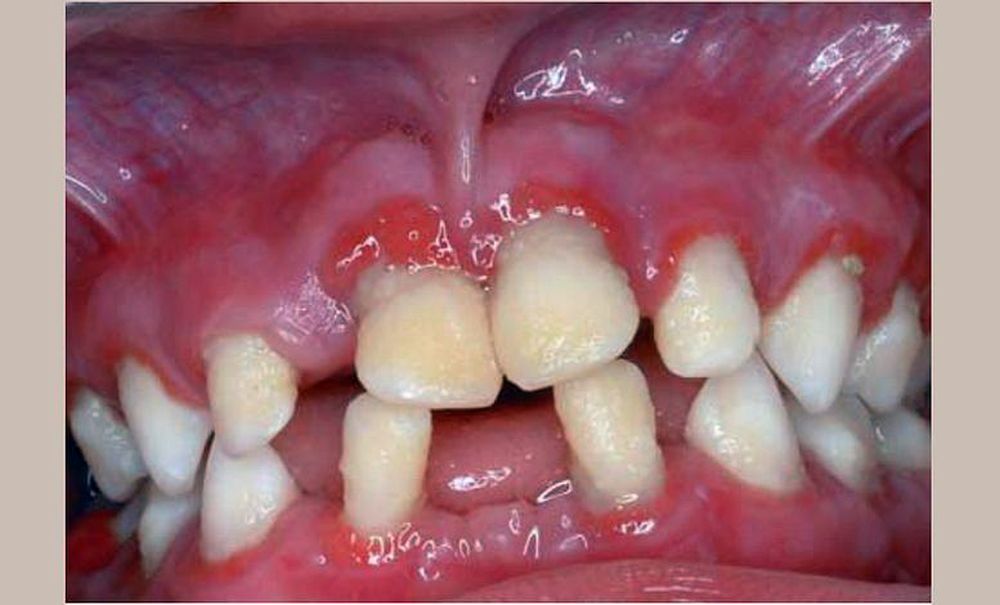 The 1999 International Workshop for a Classification of Periodontal Diseases and Conditions classified periodontal disease in children as follows:


Aggressive and chronic periodontitis is subdivided into localized or generalized, depending on the size of the area affected. Most of the literature reports of severe periodontal destruction in children are associated with systemic diseases such as hypophosphatasia, cyclic neutropenia, agranulocytosis, histiocytosis X, leukocyte adhesion deficiency, Papillon-Lefèvre syndrome and leukemia.

The etiology of aggressive periodontitis may be broadly divided into two categories: bacterial plaque with highly pathogenic bacteria, and impaired host defense mechanism.

As far as pathological microflora is concerned, the most important bacteria appear to be highly virulent strains of Aggregatibacter actinomycetemcomitans previously known as Actinobacillus actinomycetemcomitans in combination with Porphyromonas gingivalis, Prevotella intermedia and Treponema denticola, however other bacteria may be present.

Although there seems to be a genetic predisposition for periodontal diseases, it has also been shown that periodontopathic bacteria are transmissible among family members or between children and their caregivers.