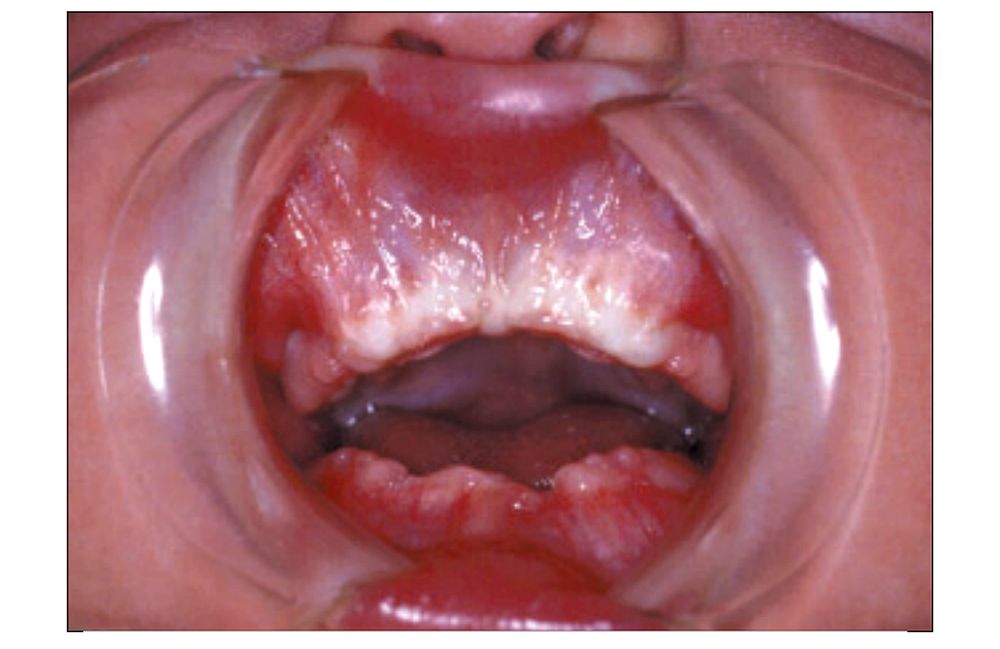 Its incidence in the general population is low. The oral manifestations of Ellis-van Creveld are found in soft tissues and teeth, but the dental literature on the subject is scarce.

In the last 20 years, 5 cases of Ellis-van Creveld syndrome have been followed at the Pediatric Dentistry Service of the Hospital Sant Joan de Déu, Barcelona.


The present study describes the constant and variable oral findings in these patients, which play an important role in the diagnosis criteria for the syndrome.

The presence of a great variety of oral manifestations such as fusion of the upper lip to the gingival margin, presence of multiple frenula, abnormally shaped and microdontic teeth, and congenitally missing teeth requires multidisciplinary dental treatment, with consideration for the high incidence of cardiac defects in these patients.

► Read Also: What Is PREGNANCY GINGIVITIS?

The syndrome had been partially described earlier in several reports, but it was Ellis and van Creveld’s work that defined it. EvC is a generalized dysplasia of endochondral ossification caused by mutations in a novel gene on chromosome 4p16, EVC.

Heterozygous carriers of these mutations do not exhibit manifestations of the disorder.

Recently, a second gene that gives rise to the same phenotype of the syndrome has been identified, and named EVC2.12 Affected individuals with mutations in EVC or EVC2 have the typical spectrum of features and are phenotypically indistinguishable.